Posted at 19:24h in Videos by Sigma Canada 0 Comments
Share

SIGMA Japan has just released the short film blur demonstrating the abilities of the new 18-35mm T2 and 50-100mm T2 Cinema lenses. Directed by Yu Yamanaka, blur looks at a relationship between father, son and camera.

Dad wasn’t exactly stylish, and neither were the photographs he took—at least on the surface.
But what truth did they conceal? SIGMA’s first short film, “blur” brings to the screen messages that SIGMA has held as important since the company’s foundation: when people are moved, people are inspired to take photographs. And every photograph, just like every life, is amazing. Please watch it at your leisure in a quiet environment.

“Behind the Scenes of ‘blur’” is about the making of SIGMA’s short film “blur” and features interviews with the production crew. With a universal message about the magic that photography brings to all our lives, “blur” was in planning at SIGMA for about two years, and production began in the summer of 2016. It was filmed using just two of SIGMA’s new cine lenses, which were announced in September 2016: 18-35mm T2 and 50-100mm T2. Both the film and the lenses were in development during approximately the same period.

The creators of “blur” had a limited budget, a limited number of shooting days, and a limited environment in which to shoot. In order to create a short film with the requisite level of quality, the crew teamed up with an actual Hollywood production.

SIGMA’s cine lenses are professional equipment designed and manufactured for uncompromising performance. “Behind the Scenes of ‘blur’” shows how these lenses offered an ideal solution on an actual production site. This video is 2 minutes long. 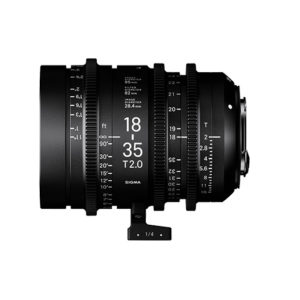 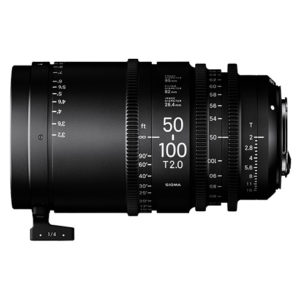